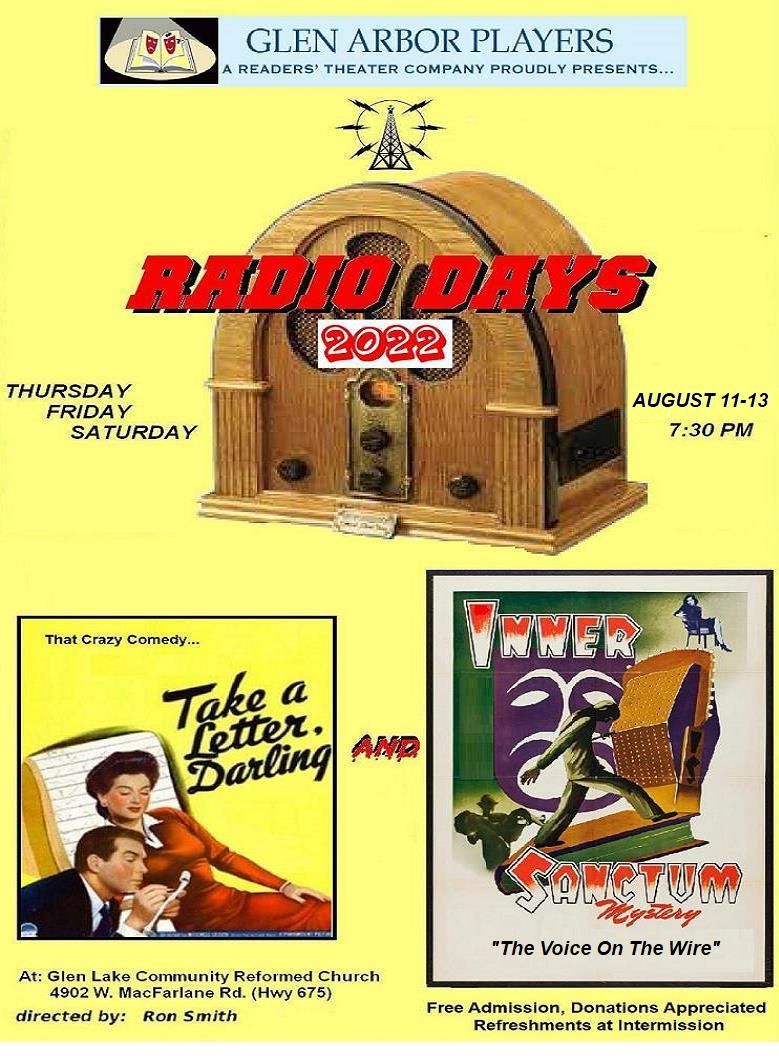 Radio Days 2022 is a 2-part program that is a re-enactment of radio broadcasts from the 1940s.

The first half of the program is Take A Letter, Darling, based on the 1942 Academy Award nominated movie starring Rosalind Russell and Fred MacMurray. It was one of the popular World War II comedy-romance vehicles which gave audiences a much-needed lift to their spirits. As was often the custom, the movie story was later shortened and broadcast on The Screen Guild Theater radio program on November 4, 1948.

The second half is a November 29, 1944 broadcast from the Inner Sanctum Mysteries series entitled The Voice On The Wire. It’s a spooky tale straight out from behind the squeaking door.